Competition season, or at least the spring competition season, is underway for SSP lifters.  Four women – Jill Arnow, Jill Joiner-Wong, Faith Ireland, and Sarah Bohlen just got back from Women’s Nationals.  Todd did a great job with the women, with Faith taking first, Sarah and Jill J-W taking second, and Jill A not getting a squat in.  (I’m sure Todd will be posting more details soon).

Next up, several of the lifters will be competing at Bar Brawl for Belle at Local’s Gym in Lynnwood.  Then Jill A will return to Orlando in early July for the Pan American Championships, hoping to redeem herself and Jill J-W and Alan Tepper will head there a few weeks later for Raw Nationals.  That same weekend, Paula and Todd will be hosting the Seattle Summer Classic.  Expect to see almost everyone from the gym there either lifting, judging, or spotting and loading.  The meet will be held at Meredith Mathews East Madison YMCA.  Others may choose to lift in August at the Alki Beach Classic on the 17th.

This coming weekend four of the women from Seattle Strength and Power will be in Orlando, FL competing at Women’s Nationals.  Live streaming of the competition can be found at http://www.ustream.tv/channel/womensnationals2013

Good luck to all the SSP women and all the women travelling to Orlando. I met Willie in 1986. At the time, we were both climbing the competitive powerlifting ladder in the 220lb. wt. class in the Northwest. I liked Willie right away. He had been a U of Wash. football player and had an outgoing, gregarious personality. His gift of gab was not one of a braggadocio, but more of a self confidant, humorous nature. He wasn’t self-absorbed. He would always acknowledge what you were doing and build you up. At the same time, he would let you know he was training right there with you not trying to keep up, but to pass you by. He wanted to be the best. Through the late 80′s, we developed a mutual respect for one another as lifters and as peers in the fitness industry and more importantly, a friendship was developing. Willie went on to become a National Champion and in the early 90′s he won the WDFPF World Championship at 220lbs. His 777lb squat, is still a USAPL Wash. State Record. Not long after winning the Worlds, Willie retired from competitive lifting. He was in his prime at the peak of his lifting career. He decided to devote his time and energy into coaching and helping others achieve their goals. I sat back and admired this move. Part of me envied him for being so satisfied and content with what he had accomplished. I think there must be some great inner peace of mind to be that content. That was 20 years ago and I’m 50 years old and still chasing that competitive tail.
Just because he wasn’t competing anymore didn’t mean he became idle retiring to a rocking chair, or a bar stool somewhere telling stories of how great he used to be. What he did do, was become involved in a variety of fitness and coaching activities. His involvement with Seattle youth and fitness took off in every direction. When I went to visit Willie, a usual scene in the 90′s was him training several people at a time (or an entire class) and about five people standing around him in line waiting to ask him questions about their workouts. You might have to wait a few minutes, but he always found time for you.
In 1998 the gym I had been managing for 12 years was closing and I needed a new home for my own training and coaching. This led me to the Gateway Athletic Club where Willie was an owner/manager. He had also become coach, mentor, spiritual and community leader to hundreds of people. Willie welcomed me with a familiar handshake, hug and “what’s up T ? ” “all right now big dog!”. After telling him my situation, he smiled and stuck out his hand, he said “This is going to be good, we got everyone here now.” Then he wrote on the back of his business card, “Todd’s going to be a powerlifting coach and help out with the Youth and Fitness Program.” ” Just show them this at the front desk. ” That was it, no contracts, resume, paperwork, etc. Just his word and our history was enough to get me started coaching there. For the next five years, The Gateway Athletic Club was the center of Washington powerlifting and Willie was the heart of it. The thing that I’ll always remember about Willie is the amazing amount of positive energy he had to give to other people. Lifters would travel from all over the state and from other states to catch some of his energy and spirit. If you were lifting and Willie just entered the room, it would add 20+ lbs. to your lifts. I heard this from dozens of people over the years.
When the Gateway closed down, Willie and I went our separate ways and he opened the Now Is Fitness Center. When I started Seattle Strength and Power, he was positive and supportive. He even donated some equipment to help me get started. He told me to keep doing what I’m doing, the Pacific Powerlifters need a gym and a coach , especially the women’s team. Thank you Willie.
What Willie has accomplished and his positive influence upon people is immeasurable. His physical presence will be missed and his memory and spirit lives on. Willie passing has not sunk in with me yet, the only logical thing for me to believe is that God needed Willie with him more for some reason than we do. My heart goes out to Willie’s family.
Rest in Peace my friend.
Todd Christensen

Veteran Sarah Bohlen placed 1st in the Masters 40-44 Womens 181lb Division with a 303 squat, 181 bench and a 314 deadlift. This was Sarah’s first contest back since she broke her leg last summer falling from a climbing accident.

3X IPF World Champion Jill Arnow had a rough day in the 50-54 Womens 198lb. Division. Jill lifted raw and squatted 310, benched 181 and then had trouble holding on to the bar on a 374lb deadlift. The contest bar used had very little knurling and several veteran lifters had trouble with the grip. No worries, Jill is back and recently pulled a 405lb Raw deadlift easily!!!

Veteran Alan Tepper got in a tough third attempt squat of 402lbs, then missed on his benches of 303lbs by not being able to touch in a tight shirt and a slight lift of the hips on an otherwise good third lift. Alan is back stronger than ever, getting ready for the Raw Nationals this summer !!! 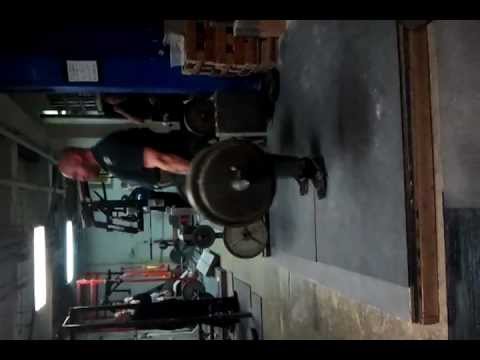 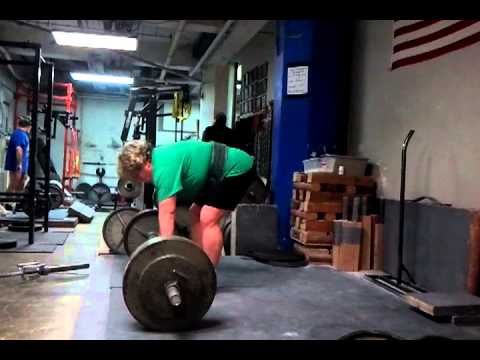